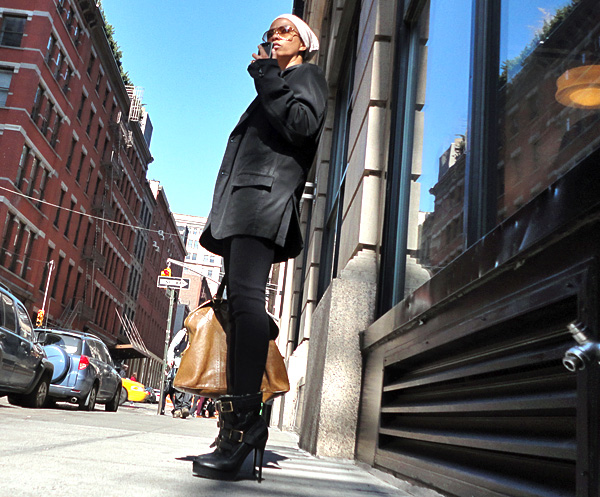 yea this is my irritated wtf-yesterday-was-74-degrees-and-today-it’s-41-fucking-degrees look. i stole this jacket from sweetie, but it’s okay because i still let him wear it every once in awhile. the parka and blazer are actually attached as one piece. it’s even reversible– if you turn it inside out, instead of an orange parka under a black blazer, it looks like a black blazer under a green parka. it’s pretty funky.