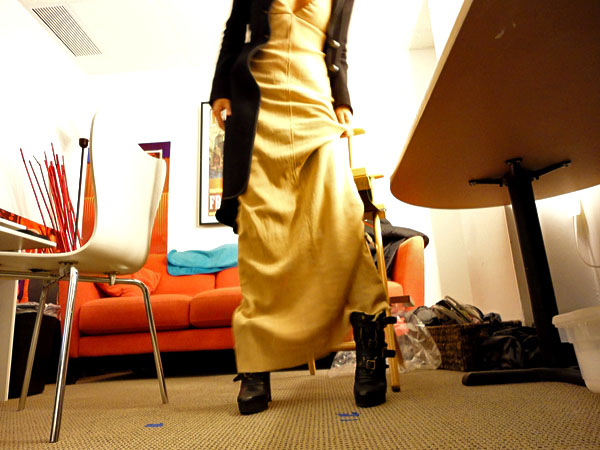 yah so i wore the flesh mesh dress mess for my on-camera interview for CBS’s The Insider. yay! 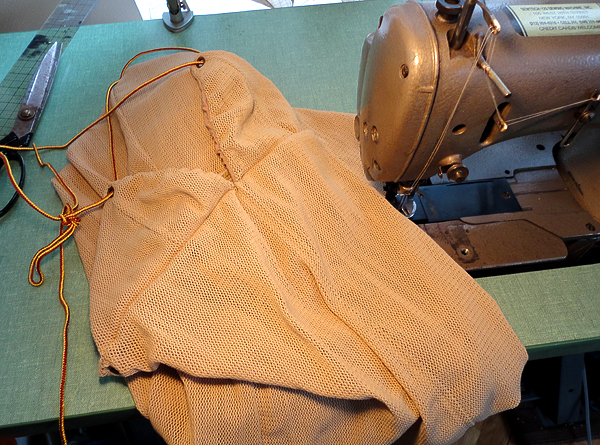 i decided to remake this old dress from 1998, because i’ve pretty much worn it to death. i had it in mind to wear for a certain occasion, but on further speculation i decided the dress was way too transparent to be appropriate. since i had a very similar fabric in stock, only a touch weightier, i figured it would be perfect for a replica.

well it turned out to be a bigger headache than i anticipated, the machine and the fabric did not get along at all. ha ha ahaa, the inside of the dress is a complete disaster, the seams are all awry and i barely bothered with the trimming. but maybe it’s for the best so nobody can buy it right off my back. it happens a lot more times than you’d imagine, i don’t know what the hells clients are thinking sometimes. i’ve lost more personal garments while wearing them than i can even begin to count. so at least this one’s a keeper for sure. 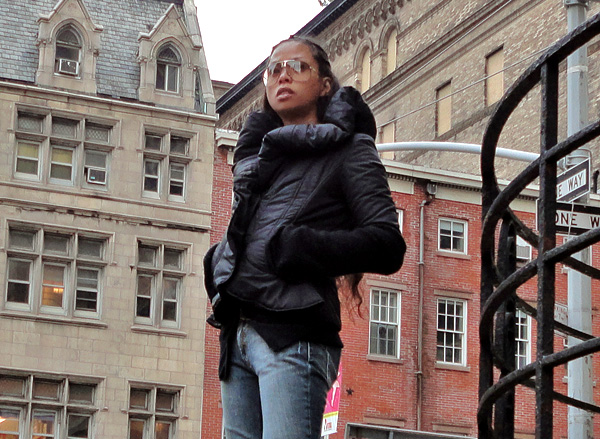 i got this jacket in Seoul on sale for about $44 US dollars. the label’s been cut out, probably to discourage re-sale at a higher price or something. i think it’s great, but the one bad thing about buying clothes designed for Asians is that all the limbs tend to be midgetty. the sleeves were too short so i bought this pair of floppy leg warmers at Joyce Leslie and attached them to the sleeves at the elbow. this jacket gets tons of compliments.

my pal talked me into the boots in 2003, because they were on sale at Tootsi in SoHo for $89. i can’t even see the designer’s name inside. not that crazy about them, the heels are too short and the sole is thin (generally i prefer a platform). but they’re fine in this crappy weather for a stroll to the post office, that’s for sure. they’re actually not bad, they have these neat long leather laces that just wrap around haphazardly. 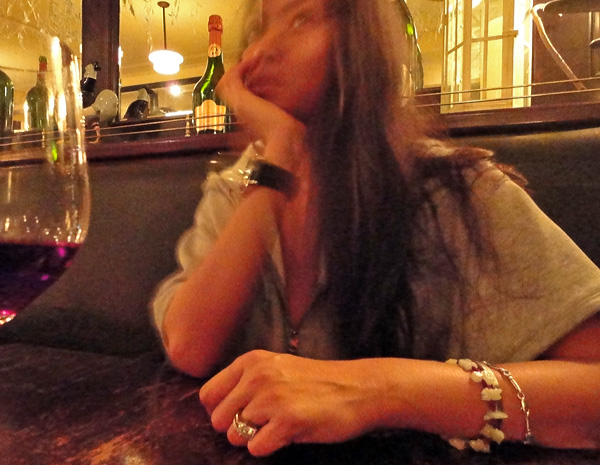 check out my creation, IT’S ALIIIIIVE! dinner at Cercle Rouge. 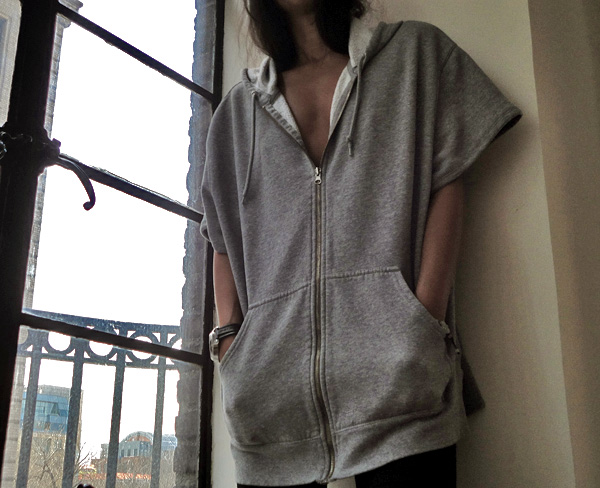 yea, let’s see you get motivated to be sexy in this stupid weather. i decided i’d get more stylish use out of this old comfy oversized hoodie if i alter it by cutting off the sleeves. i was right, i like it so much better now. 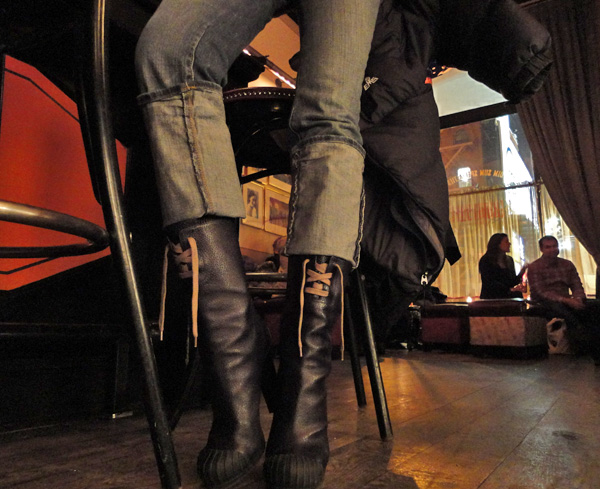 after years and years of searching, i finally found the most perfect beautiful rainboots. these look like leather but they’re actually rubber. they are, however, lined inside with calfskin— just in case anybody is wondering (like i did) where the hell Fendi gets off charging so much for a rubber boot. 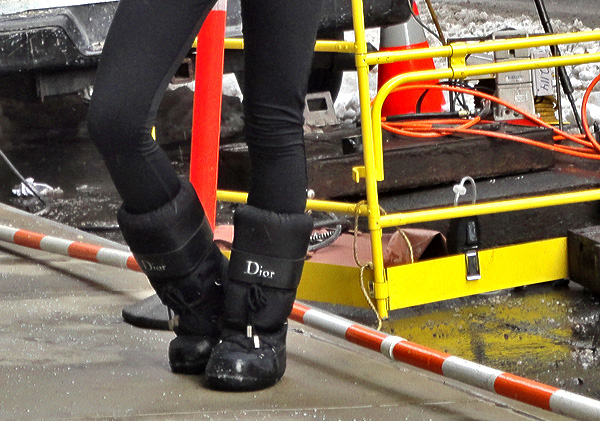 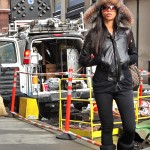 back in late December, we had a major snowstorm. and it was a mess. there were buses backed up for dozens of blocks all the way up Fifth Ave. and everybody complained about what a disaster it was, the streets weren’t plowed for days in some cases. since i don’t have a car it really didn’t affect me that much, i generally walk everywhere anyway. so when everybody else got pissed, all i could think was: well, Mayor Bloomberg did say the city is toe-up, and apparently snow costs "a million dollars an inch." and then the mayor’s approval rating evidently went way down. and so the media joked that this time around he’d declared a "war on snow." (ha ha haa that’s pretty funny actually.) well, we must have won the war. it doesn’t seem that anyone is buried in avalanches today.

(i’m pretty sure the lost income to the city from all the snow-hobbled businesses actually ends up costing more than a million an inch but whatever.)