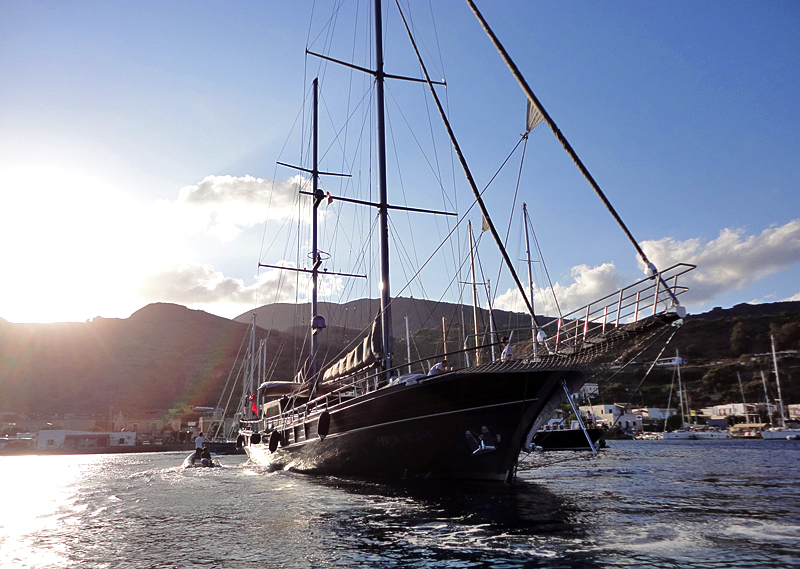 next island: Lipari, which is the largest of all the Aeolian Islands. and you can kinda tell right away, it’s very crowded compared to all the others, it’s like the Meatpacking District of the Tyrrhenian Sea. despite its size however, it was the most difficult to get a decent dining recommendtion for; nobody we spoke to particularly enjoyed whatever culinary experience they’d had. unfortunately, a suggestion to dine at La Nassa came too late, so we decided on Filippino (oh the irony– haa, get it?) instead despite its half-hearted endorsement ("somewhat passé"). and yah, it did end up kinda sucking just a wee bit. afterward on our stroll back to the marina we happened to stumble upon La Nassa, and it was very cute so we all regretted not having tried it. oh well.

the next day was nice and breezy so Black Sea raised its sails, yay!

oh one other thing i should probably mention are the shady marina operators in Lipari. they’re all very competitive evidently, so they will lie right to your face telling you what you want to hear so you will pick their specific dock over all the others. merely a warning– cuz i think yacht politics is just so fascinating really.