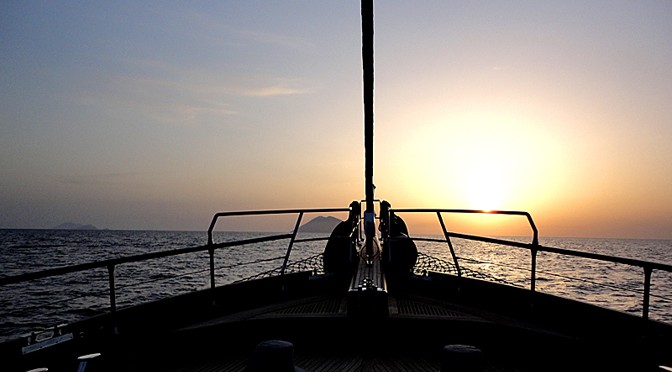 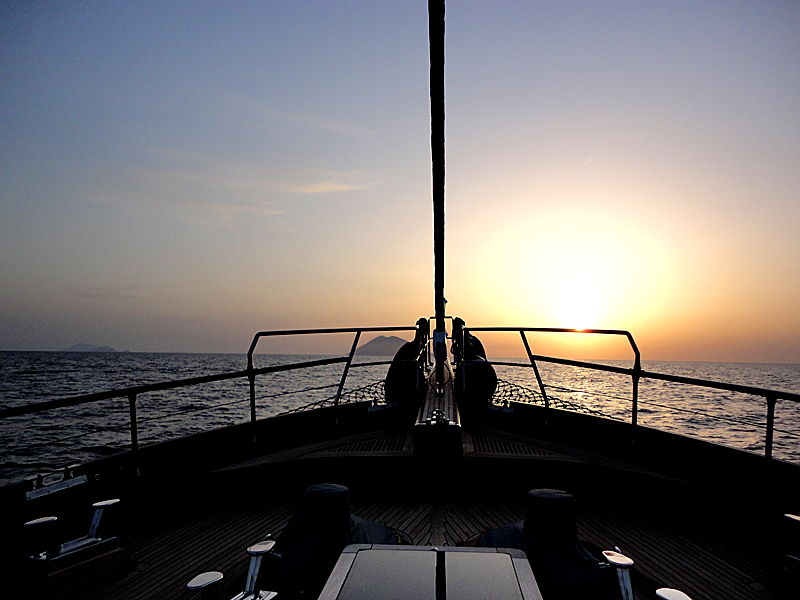 arrived just around dusk so we sat around in the dark waiting to see eruptions. they were pretty spectacular, you could even see the lava run down the side of the mountain afterward. sorry the photos can’t even begin to do the experience justice.

supposedly some celebrities like Domenico Dolce and Stefano Gabbana have homes on Stromboli, but i still think it’s kind of a bugout that there’s a whole little village located at the base of an active volcano.
evidently Stromboli is considered one of those locations that are "very chic" because access is particularly difficult except by boat so any sort of tourism is practically nonexistent. unfortunately i didn’t make it into town that morning because the first-day jet lag had me knocked out till noon. ah well, next time :)

oh and Black Sea caught a big tuna! apparently it was "only the second one in six years" so yay! we "brought good luck" with us.
:)