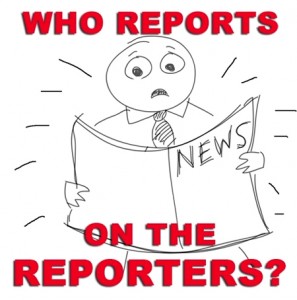 The IP address behind the following cyber-harassment/threats by “Wanda Smith” aka “til8x8x8is4,” against author Abbe Diaz, has been traced to the residence of a current New York Times staffer at the center of the controversy. An Aggravated Harassment report has been filed with the New York Police Department.

The New York Times has been contacted and has not responded.

A follow-up post with complete details is forthcoming HERE.

"… I will tell you this, though. IF I ever find your twisted weave within reachin’ distance of me, I will likely break your neck- if you have one, you no-necked piece of filth.
Coco has something you lack- talent,looks, personality, and a life that isn’t buried beneath a pile of shit. That’s you.
I hope you die soon. I’ll keep my eye you, cunt."

I have personally contacted the New York Times THREE times at several of its e-mail addresses. Here is the auto-responder I have received in reply on every occasion:

Thank you for contacting the public editor.  My assistant and I read every message that we receive.  Please note that this office deals specifically with issues of journalistic integrity at The New York Times.  Due to the number of e-mails that we receive on a daily basis, we are not able to respond personally to everyone who writes.

If a further reply is warranted you will be hearing from us in a timely manner.

Some messages to the public editor may be published in my column or on my blog.  Please let me know if you do not want your message published.

Please note that below the break you will find information on the corrections process, submitting an op-ed, contacting The Times, customer service complaints and more.

It’s worth noting that the Times has not deemed my dire allegations "specifically… about journalistic integrity" as warranting a reply of any kind.

It’s also worth noting that amongst the information "below the break," the only other place within the Times organization where my serious allegations might be addressed is listed as:
MEDIA INQUIRIES: http://www.nytco.com/press/press_contact.html

Unfortuntely, that link leads to a "Page Not Found."

As a matter of fact, the comments left by Wanda Smith are the ONLY response at all that PX This has received, despite multiple accusations (on this blog, in this book, within this public forum, etc) of alleged impropriety on the parts of several notable journalists including: Gawker owner Nick Denton, Times columnist Frank Bruni, former Times editor Trip Gabriel, former Gawker editor Choire Sicha, and Times photographer/editor Jeffrey Henson Scales, as well as the ostensible author of the alleged underhanded article in question, "Coco Henson Scales" aka Coco Tigre Phillips.

So let’s just analyze all the arguments of defense by their one-and-only spokesperson, shall we?

"Your head is so far up your ass. Because YOU haven’t a scintilla of talent, you assume coco is (puke) like yoour nothing ass.
Let it go. She wrote it. She didn’t like the writer’s life, and lives happily with her husband and daughter.
I will tell you this, though. IF I ever find your twisted weave within reachin’ distance of me, I will likely break your neck- if you have one, you no-necked piece of filth.
Coco has something you lack- talent,looks, personality, and a life that isn’t buried beneath a pile of shit. That’s you.
I hope you die soon. I’ll keep my eye you, cunt."

That one is a real winner, all right. Kinda would pay big money just for the sheer pleasure of witnessing that particular one asserted in a court of law, actually. For all the mounting evidence detailed in a ten-year-long journal outlining the blatant and appalling improprieties perpetrated by multiple media entities, that is their only rebuttal.

In all fairness, "Wanda Smith" has graced us with other such stellar mitigating testimonies:

Under the handle "til8x8x8is4":
"You all are srsly nutcase. Coco is a good person. You are not. I am so sorry I found your shitty website. I’m going to send this horse garbage to her. And I hope she sues the dogshit out of you. You are truly nothing." – 10/01/14

"I hope ALL that parfum helps to cut that nasty stank emanating from your STD ass. You are the WORST. Bitch. Ever" – 10/01/14

We couldn’t help but notice that the acrimonious and defensive sentiments expressed by "Wanda Smith" aka "til8x8x8is4" are also oddly reminiscent of a self-proclaimed friend of ostensible essayist Coco Henson Scales named "William Diggs," who wrote to us in 2004, mere days after Diaz first criticized on her blog the disingenuous Times article in question, "The Hostess Diaries: My Year at a Hotspot."

"You must be a horrible disappointment to yourself to call Coco such horrible names. Somewhere in you, you must know that your restaurant job isn’t"moonlighting"; that you’re a total failure. I know her, and she’s great. You, clearly, are much less than that. One thing, though– I didn’t know they had maitre d’s at Burger King. Are you volunteering, or what?"

“You have so little class (unlike Coco), and are obviously so beneath EVERYone, I don’t think I’ll bother with you anymore. You’re nothing but an under-educated foul mouthed wretch. You’ll be on the sidelines cursing at your betters forever. Tata, loser.”

Okay then! Thanks, Sole Spokesperson for all those prominent media entities and journalists! Are you finished?

Then please, ALLOW US TO RETORT:

Do not attempt again to contact Diaz, this website, or any of its affiliates under a false or concealed identity. You have been warned.