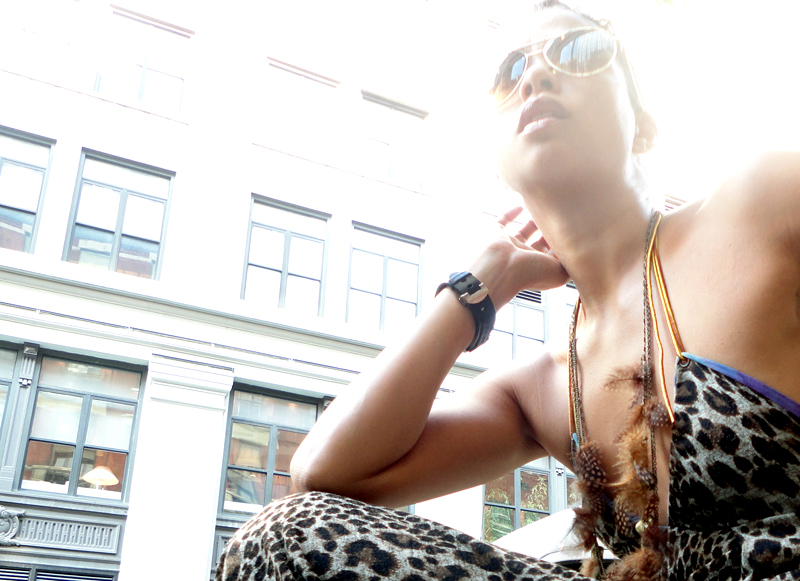 i didn’t actually make this dress from scratch, i found it in some store someplace on Broadway on sale for like $10. and at the time i liked the fabric, so even though the dress was too large and pretty hideous, i bought it anyway just so i could reconstruct it. i’m too lazy sometimes to make new things for myself with patterns and the whole rigmarole (plus my inventory of fabric is too costly for me to spoil myself with garments i’m just going to casually wear with flats and run around in all day). i’m really not that crazy about it, but at least it’s roomy and comfortable. the necklace i found in Joyce Leslie while i was buying leggings and tank tops (that i could also reconstruct). i thought the feathers were pretty, and i noticed they were cheaper than if i’d gone to the fabric/trimming district and bought them individually, imagine that. so i just played around with the feathers and stuff until the necklace was better.