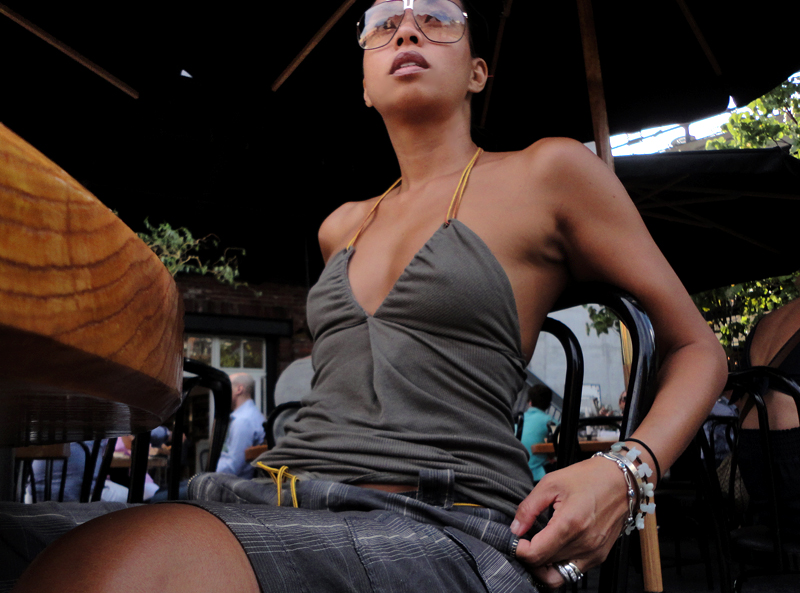 Standard Grill again cuz we happened to be right in the area. there’s an older guy on an antique bicycle who stakes the joint out for susceptible-looking ladies and then tries to pick them up with some line about "making a movie in the area." he must make his rounds to a few different places, cuz we watched him come and go three separate times in the span of about three hours. one of his other ploys is to roll up and cop a squat very nearby and then pretend to use his cell phone within earshot of his prey. we were too far away to hear him that time, but judging by the way his victim rolled her eyes up into her forehead (and then gathered up her purse and walked away), we imagined his phone "conversation" probably consisted of something along the lines of "well if Brad isn’t available for ten million then call George Clooney, he owes me a favor!" ha ha ha ha aha.

One thought on “call george”