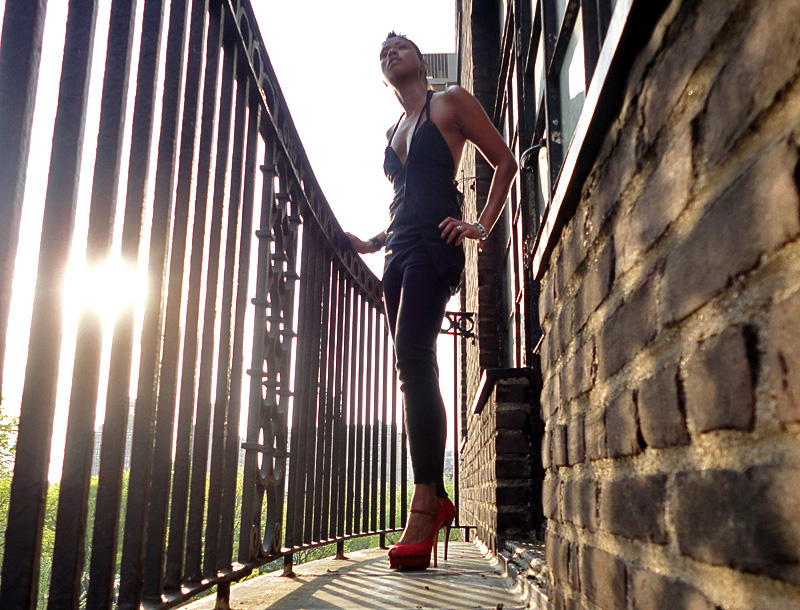 although i really looove these men’s Balmain jeans and think it’s great that sweetie got them, here’s a little secret about shopping in Miami Beach: they don’t believe in sales. i’d asked a salesperson in a store about a Moncler coat (yes, in Miami) at the end of last winter, and was surprised when she’d told me it wasn’t on sale at all. she’d explained to me that in Miami Beach, they "get a lot of tourists"— and apparently, tourists are too stupid to realize that we have seasons in America (?) and that surplus retail items often get discounted at the end of those seasons. and so supposedly this is why in Miami Beach surplus retail items hardly ever get discounted, despite the item perhaps being, shall we say, démodé.

anyway, there’s this very nice store on Collins Ave called The Webster, they have some really beautiful things. and it’s true, nothing ever goes on sale there. on our previous visit i’d seen a great pair of Azzedine Alaïa shoes that seriously tempted me and had been quite relieved to hear they’d only had one pair left in a size that was way too big for me. well wouldn’t you know on this most recent visit, they still had that very same pair of size 41 Alaïa’s, and still they had not been discounted to expedite their unloading. weird, right?

in any case, my point is i’m glad these Balmain’s are so remarkable and unique, the likeliness of them sitting in a bargain bin somewhere else is really rather nil. but i’m still afraid to google and see if they could have been had elsewhere for less, cuz that might drive me a little bit crazy.