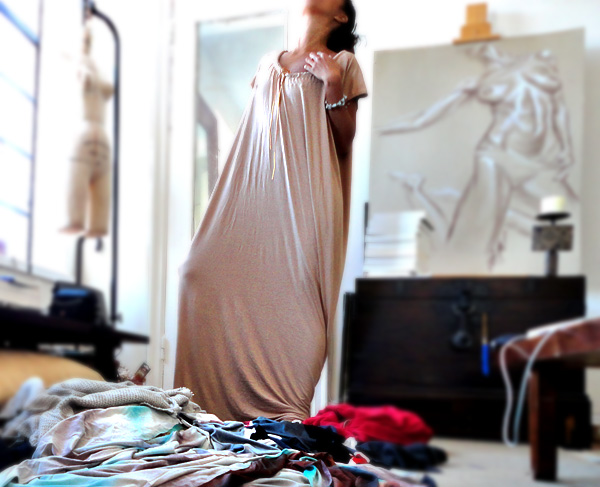 Yohji Yamamoto once said, "the fabric knows what it wants to be." and personally i find he’s totally right– when you force a cut on a fabric it wasn’t meant to sustain, this is how you end up with bad designs and so much awful fashion. anyways, i recently found a nice sorta geometric-patterned fabric which wants really badly to be nothing but a box. since it was a completely new contour for me, i decided to try it on a simple neutral first— and this is the end result. so now that i’ve mastered this great structure, i had to go digging through everything trying to find all the poor forsaken cloth that also wants to be a box too someday.

yeh, Nouvelle Vagues’s "Manner of Speaking" happened to be playing in the background right at that moment, so this is my four-second rendition of controversial Oscar nominee Darren Aronofsky’s Black Swan. or something.