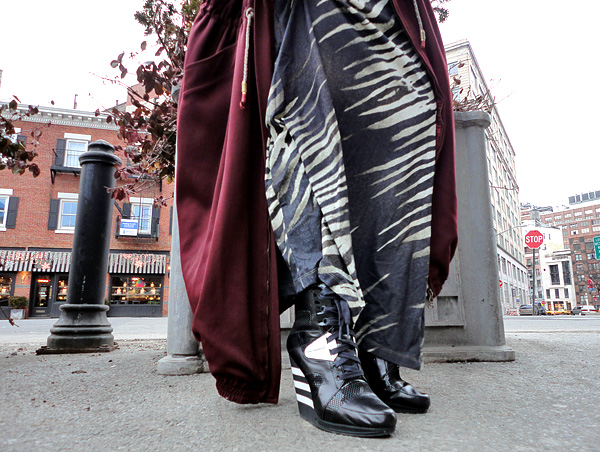 i only wore this coat hoping Spring will come soon and i won’t have much more of an occasion to wear it for at least another ten months.

drinks at Living Room in the Standard Hotel with accessories designer Julija Stoliarova of Luba J, it was so much fun. remember when she was a 40-foot high billboard on Houston Street for Kangol by Luba J? she’s so beautiful. dinner at Villa Pacri.

One thought on “living room”