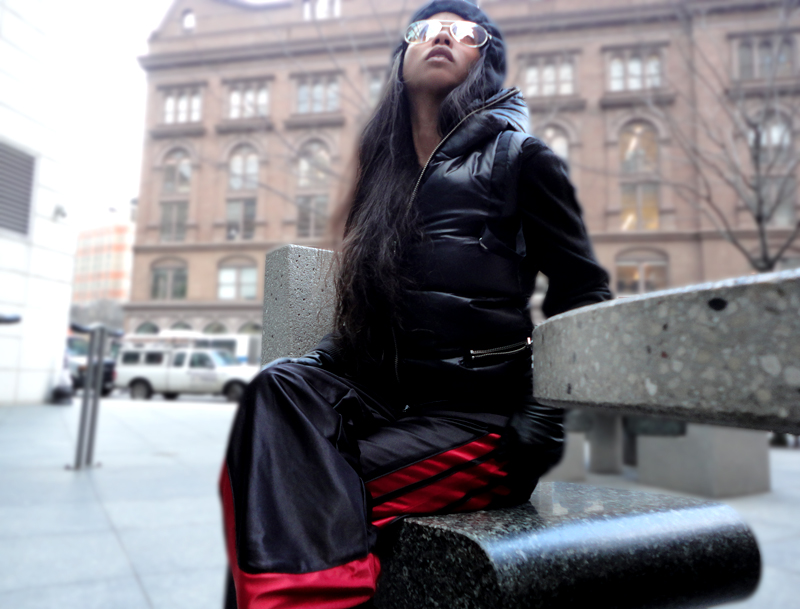 maybe you’re not aware, but the best place to get Hanes teeshirts is Kmart. so one day while i was on my way to the men’s underwear section i spotted these pants in the children’s department. they’re reversible even, the other side is red with black stripes. i think i paid around $12 for them.

i get complimented on them all the time. i finally got tired of explaining to people that they’re from Kmart kids, so now i just lie and say they’re Gaultier. and then people really love them.