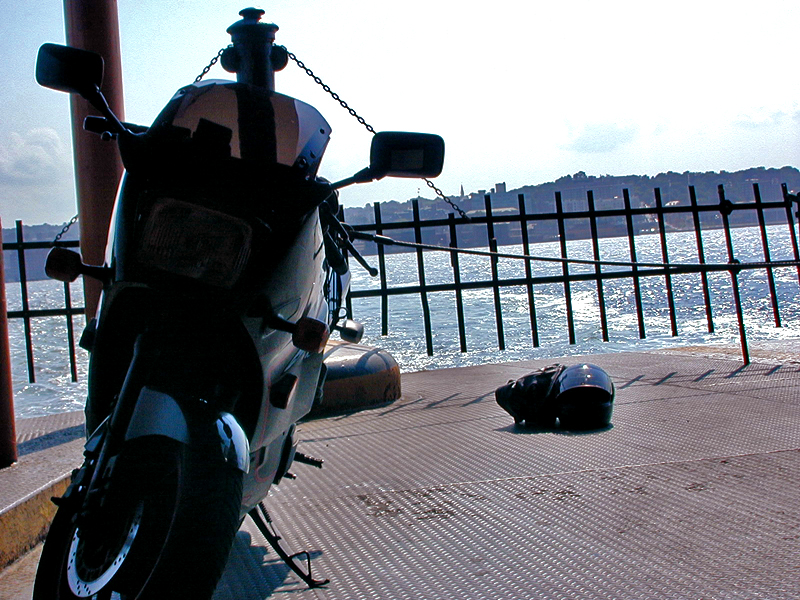 it’s in Staten Island at Bay Harbor Motors, thanks for asking :)

true, i have not ridden it in over a year. i had it here in Manhattan but didn’t want to pay the exorbitant indoor parking fees at all the public garages, so i left it outside, which was a horror. aside from “alternate side of the street parking” which necessitated it be moved back and forth across the road every day, it would seem that NYC drivers have absolutely no respect for other people’s property. a cracked faring, a broken footpeg, a smashed rearview mirror, two busted front and rear blinkers, and a mangled kickstand later– i finally gave up.