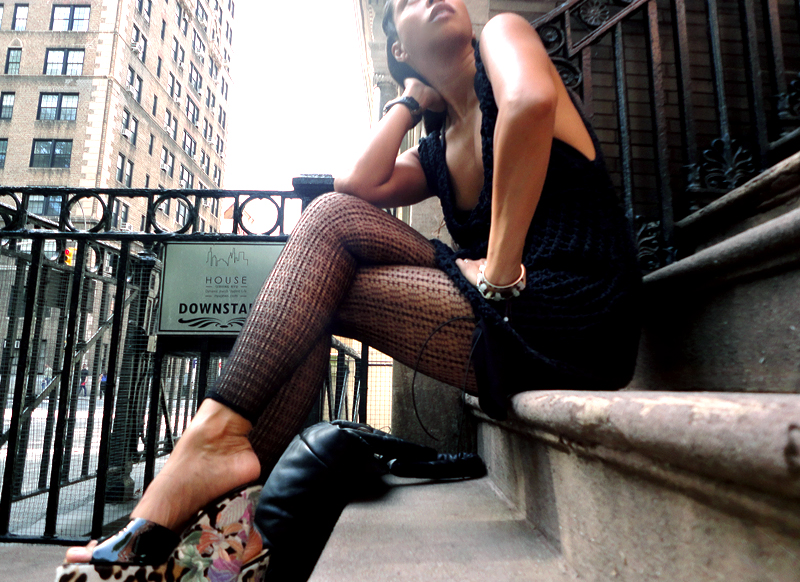 "Designer, writer and insider Abbe Diaz, recounted her experiences in the fashion world in her book PX This – Diary of the Maitre d’ to the Stars… [and] shared this run-in with designer Ann Demeulmeester:
‘[She] was a bit creepy to me for absolutely no reason at all, we go to her showroom and Marc [Bagutta] introduces me to her as his girlfriend and then he mentions how I am helping him with the buying (taking all the notes and shit). And she suddenly busts out with ‘Yes, you have to put them to work, otherwise they just spend all your money.’" – from "Is the Fashion Industry a Gay Man’s World?" at thegrindstone.com

oh i did one other fashiony thing too, i went for drinks at the Boom Boom and then followed it up with a pop-in at the JF & Son party (but really only because it was so close by).