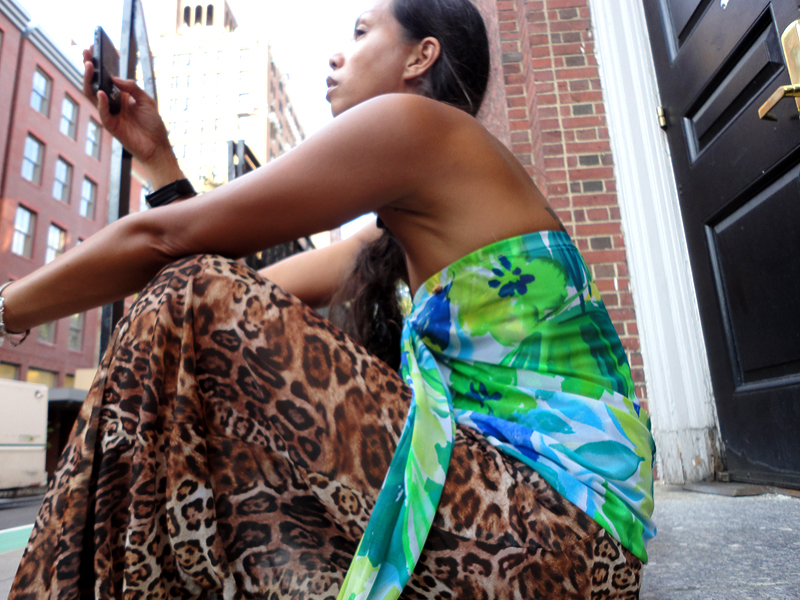 i’d actually brought and worn these pieces on my trip to the Aeolian Islands but i realized later that maybe, although the top was fine, the pants may have been something of an aesthetic faux pas. it’s been brought to my attention that animal prints (or anything else animal-y, like meat for example) could be considered by some maritime purists as a bit of a murky sea/land creature dichotomy. (i’m not exactly sure how people in the sea fit into this equation, but whatever.)

something for you to keep in mind while you’re packing for your next world cruise aboard the Queen Elizabeth. i’m just sayin.