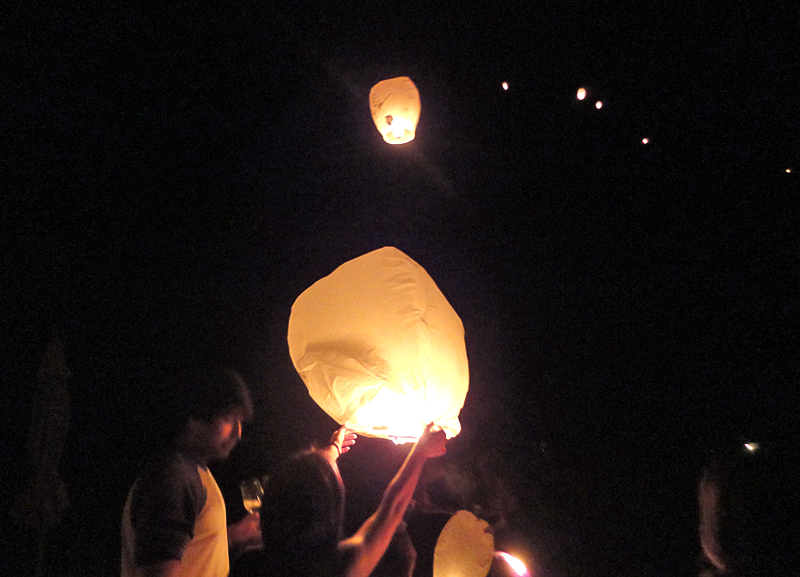 still at Lana Trevisan’s and Lewis Black’s combination Birthday / U.S. Independence Day / U.K. Mourning Day party in Water Mill, Southampton. this was the most beautiful part of the evening, it was like a scene out of The Beach. oh and apparently, the big blowup screen in the background was supposed to show some kind of video that coincided with the deejay’s music and the fireworks extravaganza, but something went wrong at the last minute so it just displayed some George Michael concert footage instead.

what a great night.

i didn’t really plan it but it turns out Petra Nemcova ended up in a lot of my photographs, so that’s nice. i forgot to mention that some dude from Californication was there too and another actor whose name i don’t remember who was in a few good films which i also don’t remember now. his brother was hilarious, supposedly he reads The Declaration of Independence once a year because “it’s printed in The New York Times” every fourth of July. i wasn’t that impressed though, because you’d think he would have memorized it completely by now but he only knew the first few lines.