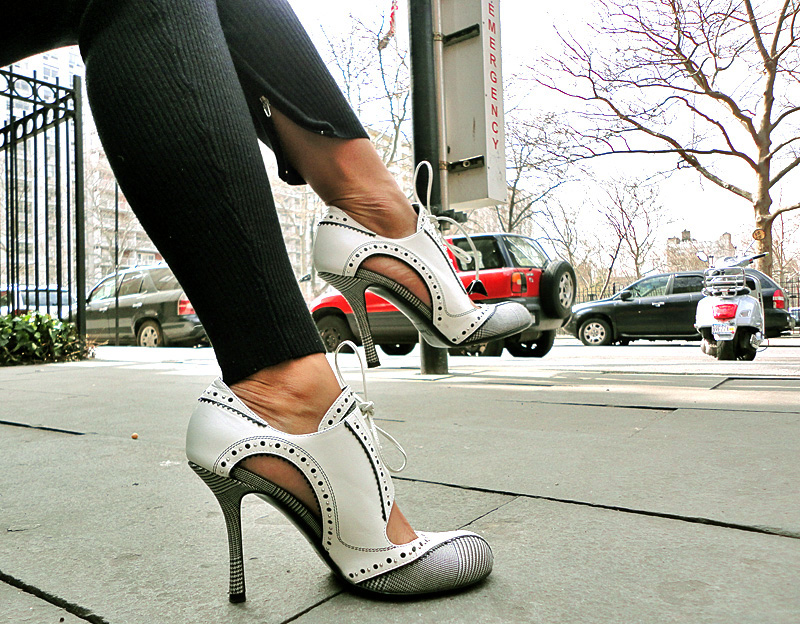 do you remember Dior’s "Dietrich" shoes? this was the first year i accompanied Marc Bagutta to Paris/Milan Fashion Week, i assisted with the buying for BaguttaLife by taking all the notes and whatnot. and occasionally Marc Bagutta would ask my opinion on things, seeing as i am such an extraordinarily stylish woman with exceptional taste and all. one of the things i fell in love with immediately were these shoes, i talked him into buying them (even though he’ll deny it if you ask him because he likes to claim credit for himself). well when we returned to NYC, his senior salesperson and store manager hated the photos of them, she derided him for being so stupid for choosing these pieces and declared her clients would despise them. wouldn’t you know they turned out to be the big major campaign for Dior ’04, everybody in the world was clamoring for these shoes and they sold out nearly everywheres.

brunch this day at Miss Lily’s. (ha ha ahaa yea, we all made jokes about how Anna Wintour called the Fire Department, it’s true.)